A medicinal phenomenon? The possibilities of using CBD for health and wellness. 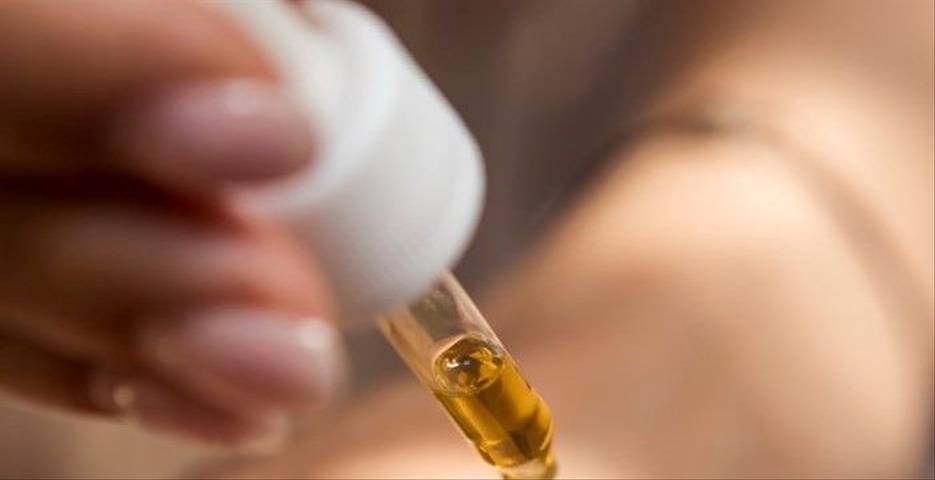 Given the apparent explosion of conversation and the presence of debate spread across the internet discerning Cannabidiol (CBD) - including using CBD for health and wellness purposes and its legality - anyone would be forgiven in thinking that it is a new phenomenon.

Given the apparent explosion of conversation and the presence of debate spread across the internet discerning Cannabidiol (CBD) - including using CBD for health and wellness purposes and its legality - anyone would be forgiven in thinking that it is a new phenomenon.

Although marginalized in modern history, records of Cannabis use for medicinal purposes stretch back as far as 2737 BC as part of the worlds first pharmacological documentation in ancient China. One of the main drivers for restrictions on Cannabis – illegal and Class A ranked drug in the UK since 1928 - is the psychoactive compound of THC which provides the ‘high’ experience. However, latest science is currently championing CBD, another of the many compounds of the cannabis plant, as a possible medicinal product due to recent research showing its influence across a range of medical topics without the psychoactive effects.

With so many new products available of varying implementation, ingredients and strength, it is thought that for the most reliable and consistent dosage, a CBD oil with dropper may be the best option for self-administering CBD. These oils are created through the extraction of CBD from the cannabis or hemp plant and mixed with a carrier substance, most commonly coconut or hemp seed oil. The mix influences the strength of the product you are buying, with products available from anywhere between 2-20% inducing varying health benefits from pain alleviation to anxiety relief. The field of research on the potential benefits of CBD is very young, but we thought it useful to talk through the most popular themes before you head out to the shops. 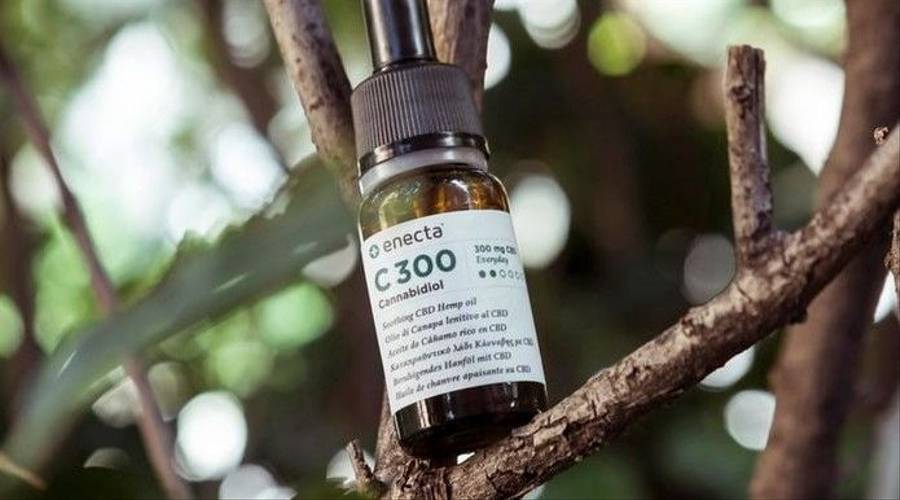 Modern science is currently uncovering the role of the Endocannabinoid System (ECS). Endogenous Cannabinoids (eCBs) are produced within the body and Cannabinoid Receptors 1 and 2 (CB1 & CB2, respectively) are in place within the brain and spread throughout - primarily the immune system - to receive these neurotransmitters. As eCBs such as anandamide and 2-arachidonoylGlycerol (2-AG) are now known to play a role in appetite, memory, pleasure, and cardiovascular health, the ECS is likely a biological system that we have been ignoring for far too long in the quest for optimal physical and emotional wellness.

CBD being a phytocannabinoid – one that comes from an external source – is now thought to have an influential effect on the ECS and our health. It is suggested that CBD may play a role in appetite and weight gain by influencing the shutdown of CB1 receptors and/or stimulating CB2, reducing hunger. Further research believes that CBD may turn white fat tissue into the less common brown adipose tissue, which is characterized by its thermogenic qualities providing weight to the notion that CBD may stimulate weight loss.

Studies into the effect of Type 2 Diabetes shows that cannabis users had lower levels of insulin, reducing the level of blood sugar converted and stored as fat. Insulin resistance was also seen to be lowered meaning the enzyme’s secretion reacted proportionately to blood sugar levels, reducing the likelihood of excess blood sugar content and the chances of diabetes.

For other means of weight reduction, take a look at our weight loss holidays.

Another benefit of CBD is that it is thought to help in the management of stress. Studies on the effect of CBD on anxiety have shown both physiological and subjective changes. One study saw CBD stimulate a change in blood flow to certain areas of the brain influencing anxiety, whilst another study in which a group of participants that normally experience anxiety during public speaking reported lower levels of anxiety following a speaking event when administering CBD products in comparison to those that didn’t. It is though that the effect may be caused by the interaction between CBD and serotonin, a chemical that influences happiness, contentment and sleep.

For other options in the search for reduced anxiety, take a look at our de-stress holidays.

The effects of CBD use appear to have immediate and long-term benefits to brain health. Recent studies using approved CBD drug, Sativex, have shown the chemical can reduce occurrence of muscle spasms in those suffering from multiple sclerosis of up to by up to 75%, whilst the administration of CBD in a study of people with epilepsy reduced the frequency of seizures by more than 35%.

Looking long term, it is possible that CBD may maintain brain health and work as a preventative measure for the degenerative brain diseases many suffer at older age, such as Parkinson’s and Alzheimer’s. It has been proposed that CBD ingestion over longer term could be eliciting the creation of new brain cells later in life, a process that characteristically declines as we grow older.

Marijuana has been used as a form of natural pain relief since ancient times as a medicine and sedative, especially when treating injured warriors after battle. Although this may have been due to the psychoactive element of the plant causing an overriding pleasure sensation from the production of dopamine, recent studies in CBD have shown a reduction in feelings of chronic pain with extended use. As CBD has been shown to influence the effect of eCB’s on specific receptor, CBD use may change the interaction and activity of pain receptors in the body. Furthermore, CBD has been shown to have an anti-inflammatory effect on the body. In long term inflammatory diseases - such as arthritis - CBD has, therefore, been shown to be very effective in the reduction of inflammation around the joints and the associated pain. With CBD playing a role in the immune system, where the CB2 receptors are found, it is likely the compound can play an influential role in dealing with inflammation and oxidative stress that are likely the cause of many different degenerative diseases, including arthritis. 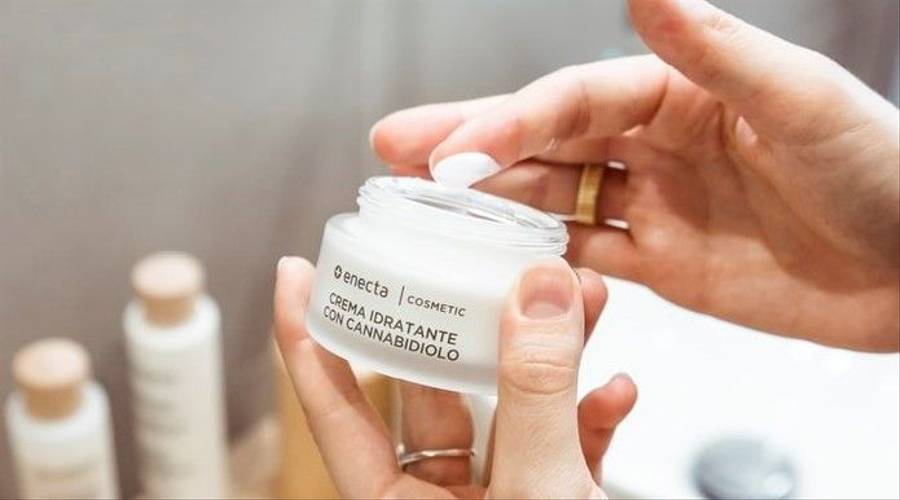 Acne, a skin condition believed to effect around 10% of the population, can occur as a result of a number of factors. However, two leading interlinking factors are thought to be excess sebum creation and inflammation. Sebum is a substance produced to keep the skin and hair hydrated, however, overproduction causes it to become trapped under the skin in the form of spots, resulting in acne. As previously discussed, CBD is likely to have a preventative effect on inflammation and the resultant effects, one being the over production of sebum. CBD is thought to inhibit the inflammatory cytokines that are believed to activate excessive sebocyte activity, the cells in which sebum is produced. It is also possible that the same mechanism of inflammatory inhibition means CBD may have a positive effect in tackling skin conditions eczema and psoriasis. Therefore, CBD alongside good sleep, healthy eating, exercise and low stress may be beneficial in a quest for healthier skin.

Again, eliciting its effect due through a combatant approach to inflammation. Chronic high blood pressure and acute cases of cardiovascular disease come as a result of ‘bad’ cholesterol depositing and storing in the lining of the arteries. The cholesterol builds up and becomes rigid, reducing the circumference of arteries – increasing blood pressure – until they burst, the cause of heart attacks. The movement of cholesterol and fat in the blood is thought to be triggered by inflammation, in which CBD could play a role in slowing down the growth and progression of catastrophic cardiovascular disease.

The role of CBD in cancer

With the effects of CBD on cancer, there are many possibilities being claimed regarding its potential for pain relief in cancer sufferers, all the way up to cancer prevention and tumour reduction. However, it is especially important to note on this topic that research in the area is extremely young and that the causes and characteristics of the wide range of different cancers makes it difficult to subscribe a singular effect and role CBD can be used as a preventative measure or treatment.

Whilst there are a range of studies out there that fight for and against cancer prevention and tumour reduction through CBD us in numerous types of cancer, it is not an area that has reached a definitive answer. The way in which CBD is administered or the formulation of the product may have a varying effect on your goal. If you are suffering from cancer and looking for different options to help tackle tumour growth, talk to your medical professional about different CBD options before using any products.
However, the National Cancer Institute has suggested CBD as a good option for tackling the side effects of cancer treatment, including pain relief, nausea and appetite control.

If you need a rest and recovery break post-cancer treatment, take a look at our post-cancer retreats.

The use of CBD for its medicinal effect has so far curated very promising findings. However, research into the use of CBD as a treatment for multiple health issues is very much in its infantile stages and we cannot vouch for its scientific credibility and would not advise its use in replacement of prescribed medicine. Before taking CBD as a specific treatment, make sure you speak to a health professional.

There are currently only two licensed CBD-based medicines. For now, it is thought that readily available over the counter products are a great option to be used alongside good exercise, sleep and diet to maintain a healthy lifestyle.

Talk to one of our Travel Specialists on 0203 397 8891 or contact us here to discuss tailor-making your perfect healthy holiday.